skip to main | skip to sidebar

I have all this stuff everywhere that is there from ages past and nobody uses it anymore but still it sits there cluttering up the place… and I'm tired of it. We spent most of our weekend cleaning out and throwing away. We even got up into the garage attic a little bit, and I can't even hazard a guess at the last time I was up there.

Our big outside trash can was literally overflowing, and we had more trash to go that just didn't fit into it. After they picked up the trash this week, Alex hauled the rest of the stuff out to the can and promptly took it right back down to the street since it was full again! I probably could have just stacked it up next to the can, but I know they have an arm on the truck to pick up the can itself and I figured the guys would have enough manual work to do this week with everyone cleaning out the stuff that got wet from the tropical storm, so I waited. The same thing happened for the recycling. I have a huge collection of clothing that I still need to sort into little boys, bigger boys, and ladies clothes so I can take them to our women's shelter. We also have a large collection of books to take to the library. And that's just a fraction of the junk in the house that needs to be removed. Maybe there's hope for some uncluttered space in this house after all!

Coming from such a packrat family, actually getting rid of some stuff was a challenge. It's funny, though, how I would be chucking this and tossing that and then come across some silly little thing that I suddenly wanted to keep for no good reason except that I have it and I might want it some day… Alex - an even bigger hoarder than I am - would look at me like I was crazy and tell me to throw it away. aaahh, the power of teamwork. *laugh* He even finally conceded that some of the stuff in his room wasn't really necessary to keep any more. We didn't get to his room yet, so I hope that attitude is still in place when the trash bags show up!

On a side note, I had Alex replace the toilet seat in the hallway bathroom. It's not a difficult job, but I thought he should learn how to do it. Instead of just a plain white seat, it's now an oak seat. It's truly amazing how that picked up the gold streaks in the counter and really brightened up the room. I never realized what an impact a toilet seat could make to one's décor.
Posted by Sandi at 3:09 PM 1 comment:

After promising pictures, I was then quite remiss in not actually posting them. Sorry! 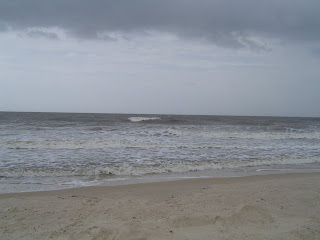 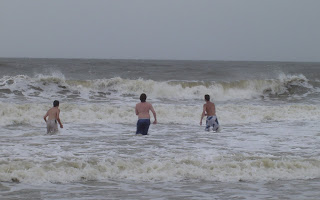 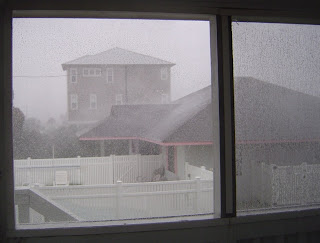 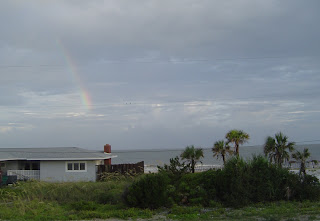 Starfish found by Morgan and Valerie: 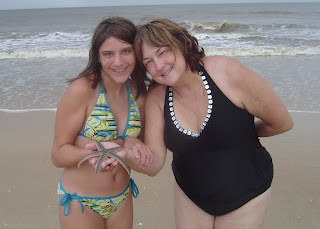 Full moon reflected off the water: 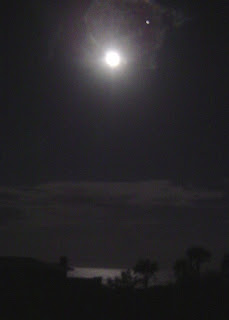 We found this jellyfish on the beach when someone accidentally stepped on it (and was thankfully not stung). It was too dark to even see it so I literally "took a shot in the dark". It came out pretty nicely, I think. 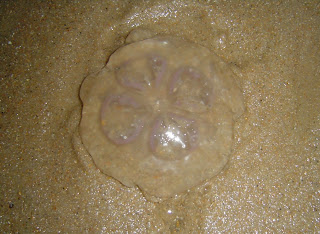 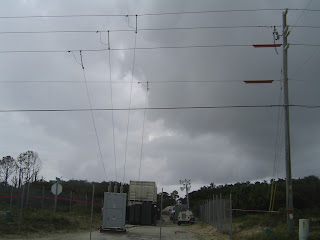 Sandi
This blog is a fun "digital scrapbook" of life. It would be even more fun if I posted more regularly! Current critter count: 1 child, 2 dogs, 3 cats, a snake, and fish.